THE STRUCTURE OF MIKHAIL FRIDMAN'S ALFA GROUP HAS ENTERED THE STRUGGLE FOR THE ASSETS OF B.U. ALEXANDROV 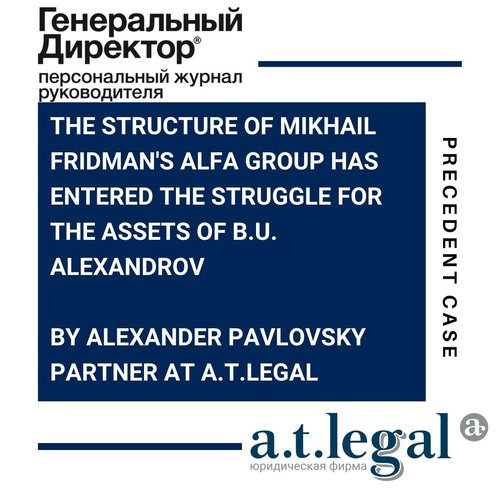 BY ALEXANDER PAVLOVSKY, PARTNER AT A.T.LEGAL, ON THE RISKS OF CONFLICT FOR "GENERAL DIRECTOR"

A1, the investment unit of billionaire Mikhail Fridman's Alfa Group, is claiming the assets of Rostagroexport Group, a major producer of dairy products under the B.Yu. Alexandrov brand, whose founder Boris Alexandrov died at the end of 2020. A1 sent an offer to buy out the shares to co-owners of Rostagroexport, which entered into a corporate dispute after Boris Alexandrov's death. "Rostagroexport was founded in 1995 by Boris Alexandrov, Yuri Izachik and Leonid Mikirtumov. Today the group combines three plants in the Moscow region, Saratov, and Kaliningrad. Every day it processes 800 tons of milk and produces more than 250 types of products, including cheese, sour cream, cottage cheese, etc. The most famous brand of the group is "B.Yu. Alexandrov”. A1 sent an offer to buy out assets to the co-owners of Rostagroexport Group, who entered into a corporate dispute after the death of one of the founders, Boris Alexandrov, at the end of 2020. These include Boris Alexandrov's heirs Olga, Ekaterina, and Konstantin Alexandrovs and Natalya Kokota, Yuri Izachik, and five management representatives. Each of the addressees, who own assets or rights to the Rostagroexport and B.Yu. Alexandrov brands, was offered to buy out their shares and rights for equal sums of money. The entire business of Rostagroexport is valued at $50 million (3.62 billion rubles at Thursday's Central Bank exchange rate). According to "General Director. Counterparties", Boris Alexandrov did not own any shares in Rostagrokomplex LLC (the main company of the group), the only founder in the company was Yuri Izachik. At the same time, Rostagroeksport Group is managed by Aleksandrov's daughter, Ekaterina Aleksandrov, to whom he had transferred the trademarks Rostagroeksport and B.Y. Aleksandrov shortly before his death. According to media reports, in the summer of 2021 managers of "Rostagrokomplex" offered Yuri Izachik to divide the business so that the key executives would receive 17% each. Yury Izachik agreed to the deal, but then took steps to return the shares. With mutual accusations, the parties applied to the police of the Moscow region. According to "The General Director. Counterparties", now there are 6 founders in Rostagrokomplex LLC: Yury Izachik (since September 9, 2002), Nelly Khrapunova, Marina Reznikova, Galina Makarova, Sergey Babachenko (all since September 16, 2021) and Valentina Kshennikova (since September 24, 2021). The director of the company since September 23, 2021 is Boris Yeremeev. Rostagrokomplex's revenue in 2020 was 9.6 billion rubles, net profit - 190.5 million rubles. Accounts payable is 994.3 million rubles, accounts receivable is 923.4 million rubles. The company is not involved in any major lawsuits. A1 says that the purpose of the offer to buy out the shares of Rostagrokomplex's founders is to take the group out of crisis and resolve the complex dispute in the interests of all parties.

According to Alexander Pavlovsky, Partner at A.T.Legal, "commercial cooperation with companies involved in corporate conflicts or where the powers of the current owners are challenged, always involves significant risks. We can distinguish two groups of such risks: organizational and legal.

The first group of risks manifests itself in the disruption of the normal rhythm of the enterprise. In the absence of a unified management style and development strategy, which is natural under the above circumstances, it is difficult to expect stability in the company's position on important parameters of cooperation, ranging from the strategic directions of cooperation to specific deadlines for fulfilling obligations. For counterparties this means an increased risk of non-fulfillment of obligations and a lack of predictability in further relations with the company, which is bogged down in conflict.

The second group of risks concerns those direct legal consequences which may be realized if some persons are interested in it. According to Alexander Pavlovsky, the parties to a corporate dispute always have an increased interest in causing harm to the other party, for which purpose they can challenge the concluded transactions, deliberately delay the execution of contracts, etc. Of course, counterparties are unlikely to suffer substantial damage, we are only talking about losses. But in any case, one should not allow such situations to arise, for which it is recommended to diagnose the existence and nature of corporate disputes with its participation before establishing business relationship with the company" - summed up the lawyer. 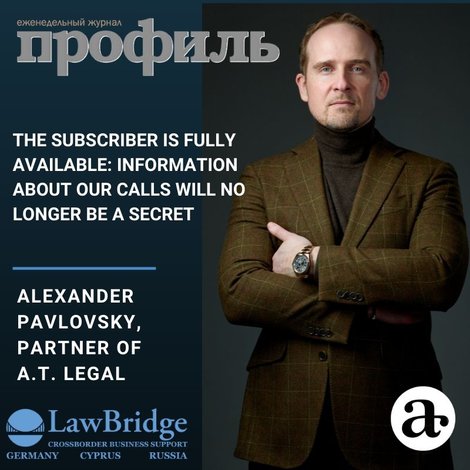 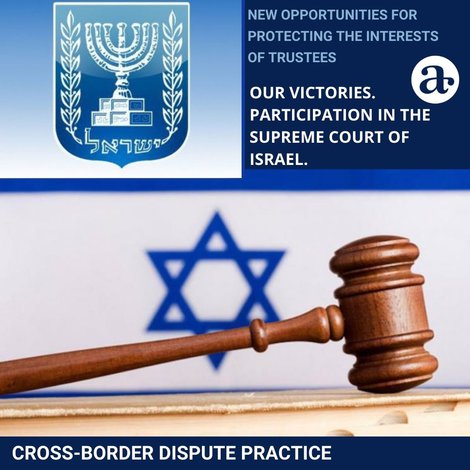 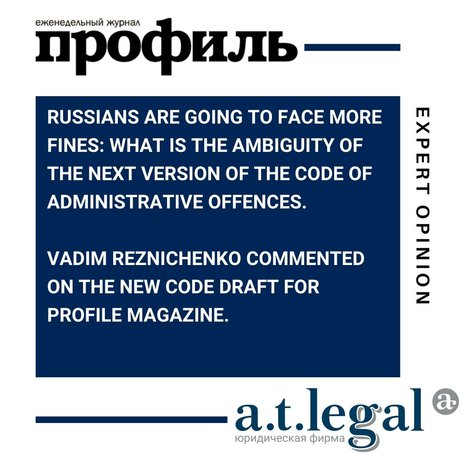